Peggy Lee was recognized as one of the most important musical influences of the 20th century. 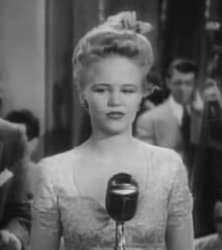 Peggy Lee was an American jazz and traditional pop singer and songwriter and Oscar-nominated performer. Widely recognized as one of the most important musical influences of the 20th century, Lee has been cited as a mentor to such diverse artists as Paul McCartney, Bette Midler, Madonna, Elvis Costello, Dusty Springfield, and numerous others. As a songwriter, she collaborated with her late husband Dave Barbour, Sonny Burke, Victor Young, Francis Lai, Dave Grusin, John Chiodini, and Duke Ellington who stated, "If I'm the Duke, then Peggy's the Queen." As an actress, she was nominated for an Academy Award for her role in Pete Kelly's Blues.