The Marmalade Are From Scotland 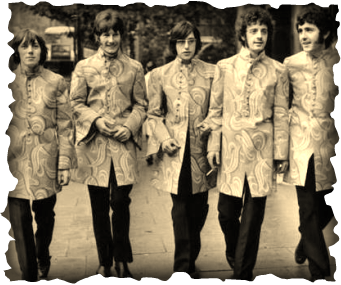 Marmalade was a Scottish pop rock group from the east end of Glasgow, originally formed in 1961 as the Gaylords, and then later billed as Dean Ford and the Gaylords. In 1966 they changed the group name to The Marmalade.

The most successful period for the band, in terms of UK chart success, was between 1968 and 1972.

From the early 1970s, after the original players began to drift away, the band evolved with many further changes and still exists to this day touring the nostalgia circuit.

With the departure of Graham Knight in September 2010, there are now no original Marmalade members remaining in the band.

With their unique vocal harmonies and dynamic live performances they have delighted audiences and the record buying public from the mid sixties through to the new millennium on a world wide basis, having achieved multi-million number one selling records with ‘OB LA DI OB LA DA’ and ‘ Reflections of my Life’ both in the UK and the USA respectively.

Since the heady days of the sixties, whilst retaining their Scottish roots, ‘MARMALADE’ have proved to be, not only a good time band but a musical entity capable of transcending all types of music and generations.

They have done for Scotland what ‘The Beatles’ did for England. Put their native country on the worlds musical map.
The Marmalade Home Page