The Platters are Famous Till This Day! 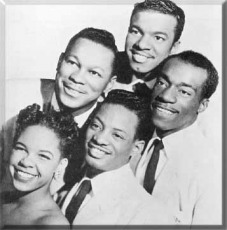 The Platters were a successful vocal group of the early rock and roll era. Their distinctive sound was a bridge between the pre-rock Tin Pan Alley tradition, and the burgeoning new genre.

This lineup changed when the group signed with Ram, who built the group around Tony Williams' distinctive and versatile voice and his ability to bring life to Ram's songs. Within a year, Hodge, Jefferson, and Gunter were out, and Paul Robi, Zola Taylor, and new lead Tony Williams were in. This lineup - the one remembered for the group's biggest and most successful hits - lasted until 1960.