Led Zeppelin with the Immigrant Song

This life time classic is from the early '70's. Well, I suppose we could label some songs from the 70's as special classic oldies as well? Many of us 'Baby Boomers' would remember this one so I thought I would add it as well.

So What's happening with Led Zeppelin? 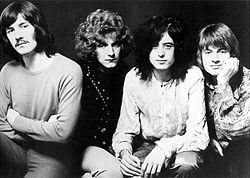 On 10 December 2007 the surviving members of Led Zeppelin reunited for a one-off benefit concert held in memory of music executive Ahmet Ertegün, with Jason Bonham filling in on drums. The concert was to help raise money for the Ahmet Ertegün Education Fund, which pays for university scholarships in the UK, US and Turkey.

A Special For Zeppelin Fans - Watch 'The Led Zeppelin Story'